This Conference welcomed arts and cultural leaders, public officials, community leaders, organizational decisionmakers and municipal and economic planners from the Southeast to learn about enhancing their communities and improving the quality of life for their citizens. From South Arts, the organization hosting the conference, they chose the location bacause, “Chattanooga and its region offers a wide variety of local demonstration projects involving art in unused spaces, water features, historical spaces, sculpture parks and other public art.”

Read below for Pax Bobrow’s thoughts on their first day at the conference! 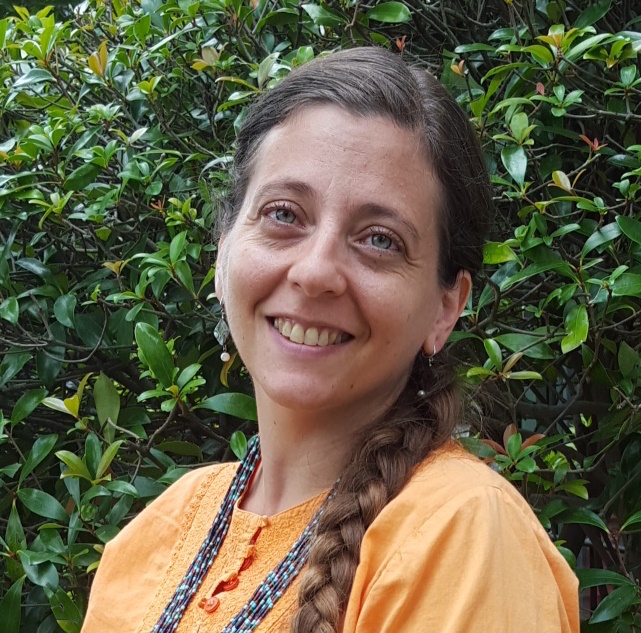 “Reporting in from the Creative Placemaking Summit-South East, where The Greater Augusta Arts Council is learning all the host city, Chattanooga and the many ways other cities have heightened the public experience of arts and culture for all.

Brenda Durant, myself, and board members Mary Schroer and Larry Millard drove up from Augusta to Chattanooga on Thursday and were met by the wonderful artist, Roger Halligan. Roger gave us a small walking tour of a short piece of the 13 mile long river trail, which is dotted with sculptures and engaging spaces all the way through. There’s an old train bridge that is now one of the longest walking bridges in the world, and the city is alive with folks strolling around, even in what this southern-climate gal thinks is VERY cold weather. The Hunter Museum was packed! On a random Wednesday!

We visited the ArtsBuild headquarters, which was donated by the local newspaper and is now a cultural center, home to a pottery studio, the Townsend Atelier (WOW! Fainting with fangirl joy at this center for learning for artists at any level.), and ArtsBuild, formerly the United Arts Fund. ArtsBuild was created by wealthy locals who got together and decided to collaborate on the rejuvenation of Chattanooga. They’ve done a lot in this city, but the piece that really made an impression was the ArtsMove Chattanooga Grant. Eleven years ago, Roger Halligan (our wonderful guide) and his wife, the painter, Jan Chenoweth, saw an ad in an arts magazine for ArtsMove—a deal to finance artists to move to Chattanooga. The foundation offered a $15,000 loan that would not have to be repaid if the artist bought and moved into a space in one of five targeted neighborhoods and stayed there for a minimum of 5 years. The space could be to live, work, or both. They chose to do both. They fell in love with Chattanooga and are here still, and they are thriving along with the city.

We also got to meet with other public art administrators from the Southeast. Dan Bowers runs ArtsBuild and sits on the Chattanooga Public Art Commission. They raise and distribute money in the community, pay to bring arts curriculum to K-4 and to bring thousands of public school children to cultural events, and also run a leadership program, with a budget of about $2 million a year. Caroline Vincent, the Public Art & Placemaking Director for Nashville ran the meeting and asked us to focus on the specific challenges of this work in the Southeast, and how we can help each other. She has the air of a veteran of grace and competency, and just at this one meeting we learned about how other Southeastern cities are working to get their city governments on board for funding and approving public art.

It turns out that Roger Halligan, our wonderful guide, is also on the Chattanooga Public Art Commission and is the VP of the Mid South Sculpture Alliance. Ana May and Katelyn Kirnie both work for Public Art Chattanooga, which is the newly minted branch of the city’s government, in the Mayor’s Office! to take care of public art. They have a wonderful problem of everyone wanting more art and having to figure out how to delegate responsibility with guidance back into communities, because they just can’t personally oversee THAT MUCH ART! Very exciting place to be. Cheryl Stuart was there from the Community Foundation of Greensboro, NC, which has raised enough money to manage public art projects for the city. Murfreesboro, TN was represented by two hard-working women, Pam Williams and Mai Hamric. They are two of the four people who run not only the nascent public art program, but a youth theatre, a city gallery, an art festival and a music festival, plus likely the seventy other things they didn’t mention. Liza Zenni, Executive Director of the Knoxville Arts & Culture Alliance was there and explained that in Knoxville, the arts get funded by the vote of the population. They have just run a great RFQ-RFP for the redesign of a park in the center of Knoxville, and act as a hub for arts communication and activation for the city.

OH! And did I mention that Patricia Walsh, of Americans for the Arts was in the house? She flew in from Arts Advocacy Day in Washington, DC just to be here in Chattanooga, and as always she is helping us all to figure out what we have to figure out to make public art work and grow.

After that awesome meeting, where we learned our struggles and successes are actually the norm in the Southeast, we got to have a glass of wine and great conversation at the home of (our wonderful guide) Roger Halligan and Jan Chenoweth.  We got to see their amazing studios and art-filled home, which is a former Jehovah’s Witness Hall that they purchased and converted into their live/work space. To say it was cool would be a gross understatement. What a space!

Well it’s nearly 1 am, and what am I doing still typing.  Tomorrow is a full day of conference sessions, so I’m signing off!  Can’t wait for tomorrow!”