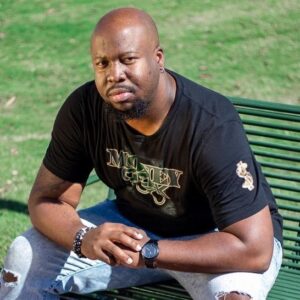 Karlton Clay works incredibly hard to accomplish his own goals and to raise the bar for all those who surround him. He is an example of the kind of person the Augusta community is lucky to have.

Karlton started his company, Victory Productions, to enact his dreams of creating films and plays. He works tirelessly to produce, shoot, edit and promote his own content. Throughout the entirety of 2019 you could find Karlton filming every weekend in Augusta, Atlanta, Charlotte, Raleigh or Greensboro. He said that he and his team of actors and actresses created so much video content in 2019 that he’s been able to spend the bulk of 2020 editing that footage, creating content from it and promoting those projects without missing a beat during quarantine.

In January of 2020, Karlton decided to take time away from shooting films and web series content and focus on his primary passion, writing. He said that when quarantine stay-at-home orders were announced in March, he immediately considered it an extension of that filming pause and continued to work on writing and video editing.

In the time that Karlton has taken, he’s published several web series on a distributed network of platforms including several titles available on Youtube, Vimeo and a very recent deal with Maverick Movies that turned Clay’s web series “Sweet Mahogany” into a feature-length film available on Amazon, Vudu and Fandango Now.

Karlton also briefly touched on police brutality and the effect that the protests and riots across the country have had on his work and his workflow. He mentioned that he had taken social media apps off his phone recently because he didn’t want the availability of news and social posts to overwhelm him and resurface painful memories of his own negative experiences with law enforcement officers.

“I stayed in my peace,” Karlton said. “I get on my computer to say what I have to say and then get off. I don’t want to be overwhelmed. […] I was becoming really depressed about everything and I have to take care of me first, so I did what I had to do to get back into a positive space.”

Karlton went on to say that he feels like this is a notably dark time and that he wants to be a light. As a way to cope with current events, Karlton has been working on a volume of poetry that will shortly be published. One of the works included in this volume is “A Brief Moment in Time.”

In addition to returning to filming, Karlton’s future plans for Victory Productions include creating more original works and empowering others to create, and own exclusive rights to, their own content. Karlton went on to say that he dreams of building a studio in Augusta.

“We have the talent here in Augusta,” Karlton said. “We just need the space to let it all out.”