A collection of media features on the Greater Augusta Arts Council, projects, and events.

“A call for local artists: Sculpture on the Augusta Canal Trail” 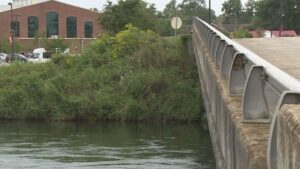 Via WRDW – “Do you want to showcase your artistic abilities? The Greater Augusta Arts Council invites local artists to submit proposals for a newly commissioned public art sculpture.

Georgia Rehabilitation Institute Inc. in association with the Greater Augusta Arts Council and the Augusta Canal National Heritage Area, will commission the creation and installation of one exterior public art sculpture on the Augusta Canal Trail.” 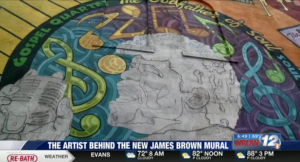 Via WRDW – “If you’ve been around downtown Augusta lately, you’ve seen the new mural in the works that’s dedicated to the Godfather of Soul. While it looks like the work is almost done, the artist behind it says there’s more to come. Although the mural isn’t quite finished, it provides different scenery in downtown Augusta.

“I never look at the clock when I’m on the lift and I’m painting. I’m in my element. I could be there for 25 hours if my body could take it,” said Cole Phail, the artist behind the James Brown mural. “His songs have a common theme: Keep it funky,” the artist said. “So my goal is to keep it as funky as possible.” From 6 at night to sunrise, he’s working. And he says the community couldn’t be more supportive.”

Arts in the Heart of Augusta: Coverage of the 2020 Cancellation

“‘Its been difficult for arts’: Pandemic poses challenge to local artists”

Via WRDW – “The cancellation of several art shows and events, including Augusta’s Arts in the Heart festival, have left many artists facing a new struggle.

“Everybody’s just trying to be creative and do what they can and come up with creative ways to get through and basically just survive 2020” said local artist Rachel Bingaman.

Bingaman has been painting professionally for 8 years. She says she’s seen at least a 5 figure loss in sales this year due to the pandemic.”

“Locals react to the cancellation of Arts in the Heart”

Via WJBF – “Arts in the Heart, the latest event to be canceled due to coronavirus. It means about a $1.7 million hit to the local economy.

Karis Melchior, an employee at Artsy Me said, “I completely understand like why it’s canceled just because we need to protect the public and things like that. But I hate it for our artists and the money that it brings. And the enjoyment everyone gets from it.”

“Art Council cancels Arts in the Heart of Augusta 2020 festival” 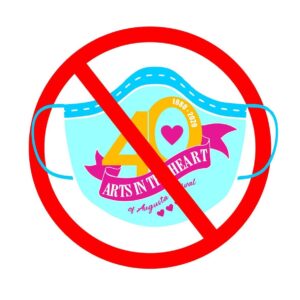 Via WFXG – “The Greater Augusta Arts Council announced they are canceling the 2020 Arts in the Heart of Augusta festival due to COVID-19.

The council says “The recent surge in COVID-19 cases and unprecedented pandemic mandates precautions for the well-being of our community.”

On Arts in the Heart of Augusta’s website, coordinators say “It is with a heavy heart that the City of Augusta and the Greater Augusta Arts Council has to announce that the award-winning festival will not be held this year. The recent surge in COVID-19 cases and unprecedented pandemic mandates precautions for the well-being of our community.”

“Arts in the Heart canceled due to COVID-19 concerns” 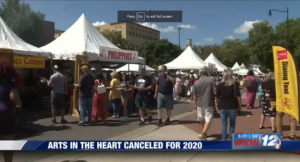 Via WRDW – “With fears of COVID-19 still causing many events to be canceled locally, statewide, and nationwide, festival organizers with Arts in the Heart say they are canceling their event, as well. Festival organizers say the recent spike in COVID-19 cases pushed them to make the decision.

“As we cautiously planned the 2020 Festival it was heartwarming to receive support with over 185 applications for the Fine Arts and Craft Festival, Performing applications to fill the 5 stages and nearly 20 International Food Booths. Our media sponsors and major sponsors were working with us to produce another wonderful celebration of everything ‘art’ in Augusta,” a statement from the group said.

The announcement was a pretty big blow as this year’s festival was supposed to bring in about $1.7 million.” 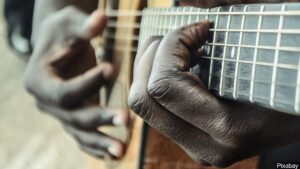 Via WRDW.com – ” A pandemic relief fund for local artists has completed its work with the distribution of 114 grants totaling $50,000

The Artist Emergency Relief Awards have been overseen by the Augusta Arts Consortium and made possible by a grant from the Community Foundation of the CSRA and the United Way of the CSRA.

This effort was an emergency fund to help self-employed/contract artists of all disciplines in the CSRA to recover income lost from cancellations due to COVID-19 precautionary measures. ”

Via WFXG – “The Arts in the Heart of Augusta Festival was awarded the 2020 Top Festival of the Year by the Southeast Tourism Society (STS).

The STS Top 20 Festival and Event Awards has put the best festivals and events of the Southeast in the spotlight for the past 34 years. STS is a non-profit organization that promotes travel and tourism within 12 states – Alabama, Arkansas, Florida, Georgia, Kentucky, Louisiana, Mississippi, North Carolina, South Carolina, Tennessee, Virginia and West Virginia.”

Published by the Augusta Chronicle, August 4, 2019
Report By Charmain Brackett 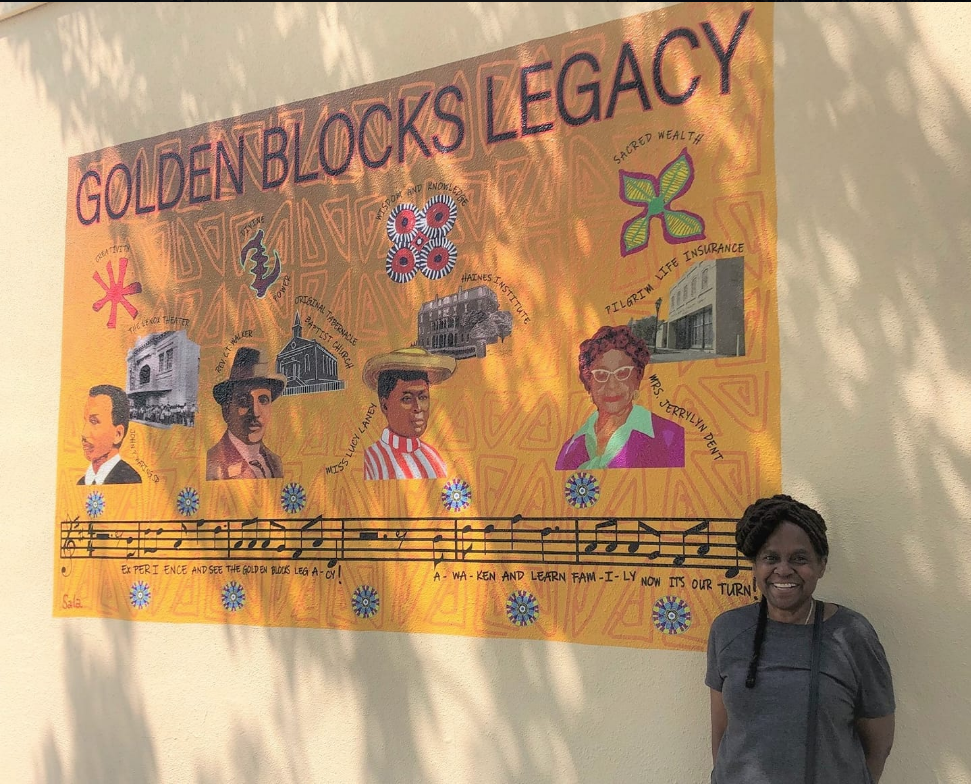 Via Augustachronicle.com – “The first phase of a new public art project was installed in Augusta’s Laney-Walker historic district Wednesday.

‘This is one of four works in the Golden Blocks project,” said Brenda Durant, the executive director of the Greater Augusta Arts Council. “The four artists have chosen to work together.”

Artist Sala Adenike created the mural, which highlights four African-Americans and their accomplishments. Its subjects are John P. Waring Sr. and the Lenox Theatre, the Rev. Charles Walker and Tabernacle Baptist Church, Lucy Craft Laney and the Haines Institute, and Jerrylyn Dent and the Pilgrim Health and Life Insurance Co.” 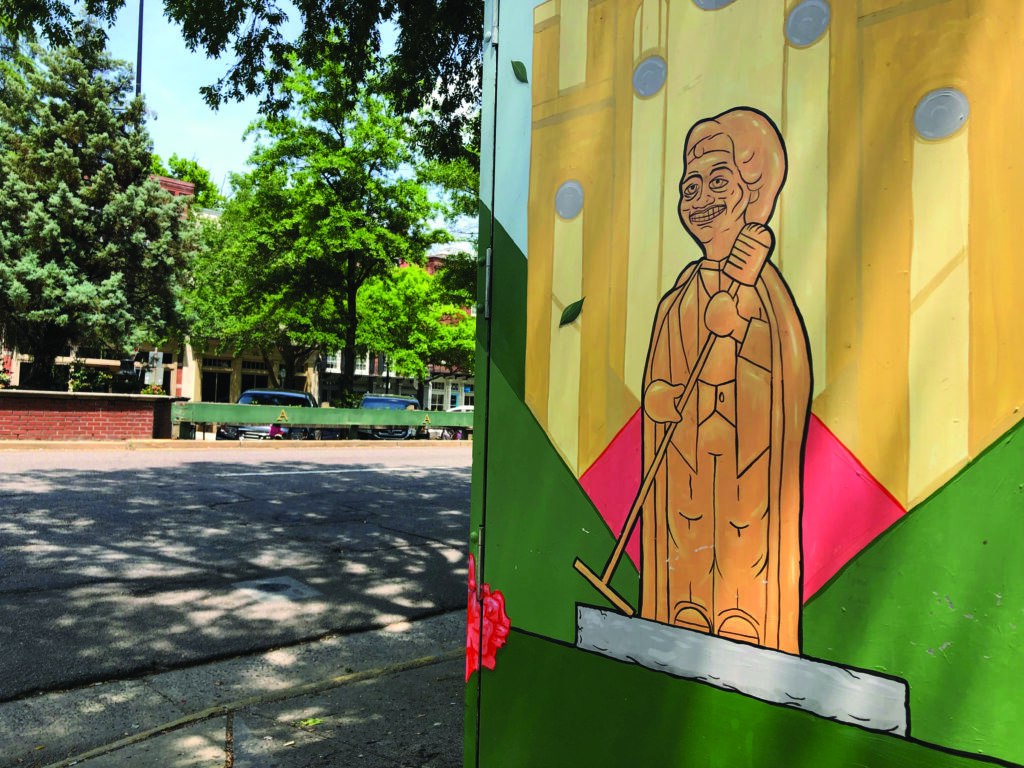 Via buzzonbiz.com -“…”What really inspired me is that arts really are an engine for economic prosperity, because people come out of their hiding holes and spend money on the arts,” Bobrow said.

The council’s ongoing effort to enliven the arts scene in Augusta stems from the same conclusion expressed in Arts and Economic Prosperity 5: that local economies benefit significantly from having a thriving arts scene.

According to the study, one-third of attendees of arts-focused festivals and events come from out of town, and they spend twice as much money at those events as locals do ($47.57 per person versus $23.44 per person).”

Via WRDW.com -“Neighbors and passerby’s in one of Augusta’s historic neighborhoods have been thanking artist Cyndy Epps.”Typically you paint a painting and put it up on a wall. You’ll hear some feedback but this has been a cool experience,” Cyndy says. Cyndy is painting on a utility box on Gould’s Corner (at the intersection of Walton Way and Milledge Road) in the Summerville neighborhood.

“The Artside: This call for artists will affect future art for Augusta”

Via Augusta.chronicle.com -“The Greater Augusta Arts Council has been working with the city of Augusta and its officials to create more public art opportunities for artists. It’s currently looking for nominations of local artists to serve on a public arts’ advisory panel.

The panel is comprised of city leaders, artists and members of the community.

‘Years of work have brought the desire for more expressive public art in Augusta to an all-time high,” said Pax Bobrow, project manager with the Greater Augusta Arts Council, in a news release. “The Public Arts Advisory Panel will help us build a framework for the city to unleash that creative energy.’

Published by the Augusta Chronicle, November 18, 2017
Written By Joe Hotchkiss

Via Augusta.chronicle.com -“The arts don’t just nourish the soul. They provide potent fuel for an economic engine.

The Greater Augusta Arts Council has known that for a while, but recently it learned the dollars-and-cents details: Arts and culture generate more than $57 million in direct economic activity for the greater Augusta area.

That was one of the biggest takeaways from the Arts and Economic Prosperity 5 survey project, described as the most comprehensive economic impact study of the nonprofit arts and culture industry in the United States.

Via Augusta.chronicle.com -“Why have public art?

There have been many reasons. It’s said that Ramesses II ordered the carving of the statues at Egypt’s Abu Simbel to intimidate the neighboring Nubians. When Michelangelo’s David was unveiled in Italy in 1504, it stood as a symbol of independence for the Florentine Republic.

The reasons for having public art in Augusta don’t loom as large as all that – but that doesn’t make public art any less important.”

Published by the Augusta Chronicle, October 17, 2017
Written By Damon Cline

Via Augusta.chronicle.com – With the last major installation of public art occurring nearly two decades ago, Augusta is a little behind the culture curve.

But no more than the average community, one of the nation’s top public art experts said Tuesday.

“One of the conversations that I always get from anywhere I visit is that ‘We’re so behind in public art…that everyone else is doing something awesome,’ ” said Patricia Walsh, public art program manager for Americans for the Arts. “No, you’re not. It’s OK, we’re seeing growth across the country (in small- and mid-size markets).”

“Arts in the Heart a brilliant ray of sunshine after Irma”

Published by the Metro Spirit, September 23 2017
Written By Amanda Main and Stacey Eidson

Via Metrospirit.com -“A few days before Hurricane Irma brought tropical weather to the Augusta area, Arts in the Heart of Augusta Festival organizers were wary of what effects it might have on their festival, held the weekend after. The tropical storm blew through on Sept. 11, and the festival took place Sept. 15 through Sept. 17.

But thankfully, the weather cleared up a few days before, and despite losing a day of work to the storm, organizers, volunteers and other festival workers came together to put on a bigger, more successful festival in its 37th year.”

“Have a Say About Public Art in Augusta”

Published by the Metro Spirit, September 23 2017
Written By The Insider

Via Metrospirit.com -“Calling all artists and everyone else in Augusta who cares about future public art in the Garden City. The Greater Augusta Arts Council will be hosting a community input session on public art on Tuesday, Aug. 8, in the Linda Beazley Conference Room at the Municipal Building starting at 5:30 p.m. Specifically, local Augusta artists are invited to share their thoughts and ideas about the city’s future public art projects and provide the Greater Augusta Arts Council some much-needed input. If citizens and local artists show up, this could prove to be an interesting and beneficial meeting. This meeting could put the word “public” back into “public art.”

Via WJBF.com -“Augusta is home to the Savannah River, Augusta National, and multiple historic districts. Still, civic leaders say one thing is lacking– public art that distinguishes the Garden City.

A new Public Art Master Plan sets out to fulfill the missing component.

Thousands visit Chicago just to get a picture with the iconic “bean”. Now, the city is working with the Greater Augusta Arts Council to create a piece that tells the story of Augusta.”