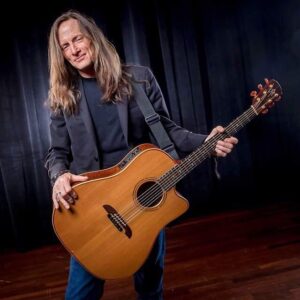 Update: Billy s has been tapped by Westabou and the Greater Augusta Arts Council for solo shows during February 2021. His Westabou show, Land of Delight, is on display through February 20, 2021. His show at the City Gallery will be on display from February 3 to March 15, 2021. He has also be agreed to host a  live painting session at the Augusta Sculpture Trail Ribbon Cutting scheduled for February 6, 2021, at the Augusta Common.

billy s has been creating art for decades with one mission in mind: spreading peace, love and joy.

His work has a notable style—bright, splashy colors—and is known to show up on a wide bevy of mediums including roof tin, concrete, furniture, clothes and of course traditional canvas, too. He tailors each piece’s tools and frequently blends acrylics, oil paints, watercolors and more to make each of his pieces.

“I mainly work in acrylic because it dries so fast and you can never mess up,” billy said. “You just paint over mistakes and have texture. It’s great like that.”

billy’s visual art is nearly always on display around town at spots including Nacho Mama’s and Mellow Mushroom’s Broad Street location. He talked about how fortunate he feels during the COVID-19 quarantine, not only because he has remained healthy and productive during the crisis but also due to the fact that he’s still able to sell art and has sold at least one piece almost every week since March 2020. 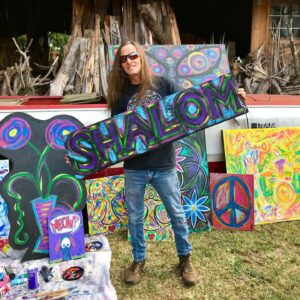 “It’s great that people still want that, that they want happy lively things. That’s the only thing I can create,” billy said. “It wouldn’t matter how bad the planet got it would still be the same message of peace and love.”

billy and his band, Electric Power Trio, jam together in order to try to spread this message of peace and love audibly to their fans through music. Dave Mercer, drummer, and Alex Bruce, bass guitar, work with billy to create what he describes as danceable versions of the acoustic tracks billy has written and created for guitar. Together the three can be found annually at Arts in the Heart performing their pieces.

For many years billy has been a juried participant of the fine arts and crafts market at Arts in the Heart. He told us that it’s fun for him to see how many of his loyal visual art fans get excited about his band and his musical abilities.

“It’s great to be electric sometimes and be loud. The trio is great because it allows my songs to be a little more danceable,” billy said. “It’s always cool to run back to my tent after a show and people say ‘we didn’t know you could play music’ and they were rocking out while we were performing.” 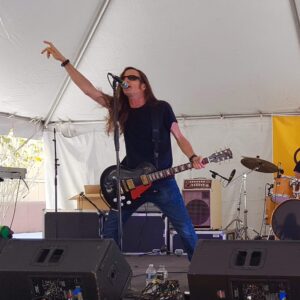 He doesn’t just stop at guitar, either. billy plays acoustic and electric guitar, is a self-taught pianist, cellist, saxophonist and violinist. He said that picking up new instruments is a way he keeps himself mentally sharp. He also mentioned a goal he created for himself to write a full album of piano music by January 2021.

The future, including the piano album, for billy s is bright with as much artwork as he can create.

“Younger artist asked ‘how can i get my stuff out there’ and I answered ‘I just make so much that my house is full and it overflows,’” billy said. “I like the fact that when I leave this planet I get to leave a handful of stuff for people to love on. […] It all comes down to intent. My intent is peace and love and hope and goodness, just like my art.”