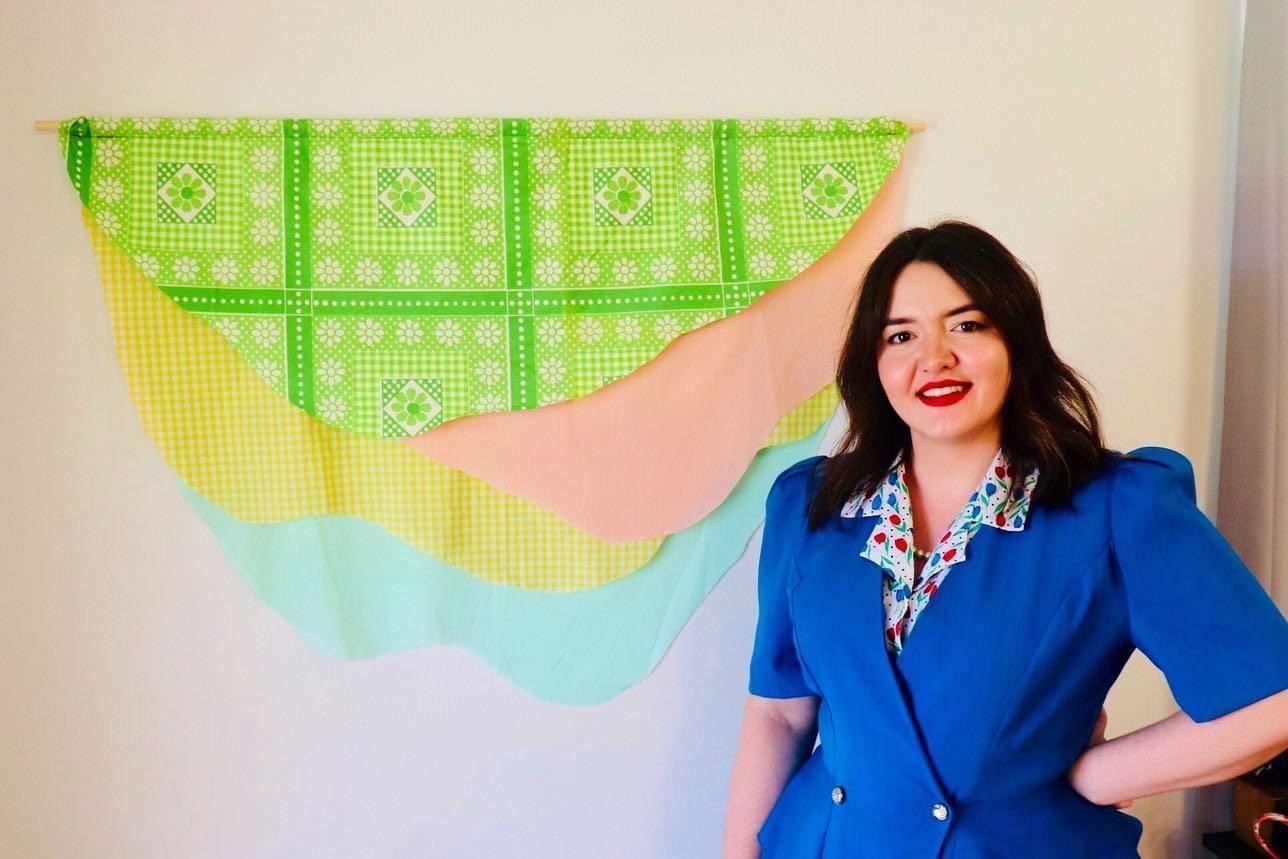 What Is your name?

Where are you originally from?

I was born in Augusta, GA. My mom’s family is from Grovetown, GA (where I grew up). My dad’s side is from Athens, GA. We went there a lot as kids. 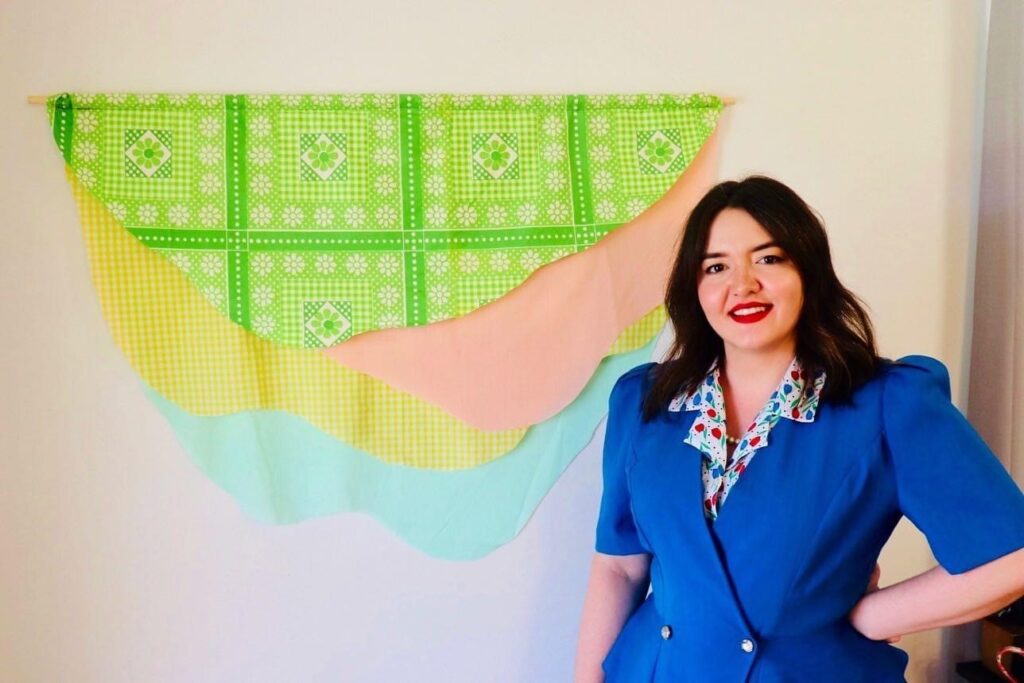 What type of artwork do you create?

I am a mixed media artist. I’ve recently began working with found materials that have sentimental value. Like my grandparent’s fabrics and maps. My work now is a reflection on familial ties, genetics, nature vs. nurture, and their reverberations out into the universe. I use a lot of portraiture, often referenced from old photographs, and abstraction to break down the subject as a way to analyze. I see my work as an unfolding of experiment and way to process information.

When did you decide to start organizing your own group exhibitions?

The first show I ever put together was at Sky City. It was the original October Spooktacular. Which is now an annual show I put together. It was just my friends from school making spooky art. I love Halloween, so it was just something put my mind to do. Afterwards, I discovered I really liked the process of organizing, hanging, and having a party to celebrate mine and my artist’s friends work. So, I made it regular thing. I felt like it was something that artists needed; something that I needed. I’ve always been the “Idea” person. Now I’ve evolved into the “get-it-done” idea person. Be the change you want to see in the world, I suppose.

Who has influenced you the most?

I wouldn’t say one, single person has influenced me the most. I had some amazing teachers and professors in school, like Raoul Pacheco and Jennifer Onoforio Fornes. But, if I had to say, it would probably be Professor Michael Schwartz. His course on integral theory in terms of art really was a gamechanger in the way I saw my work and how everything connected. Of course my friends and family played a huge role in shaping who I am today, and I’ve always been my best motivator and critic. That course really did shift my neural pathways. I would highly recommend.

What role are you playing at the Greater Augusta Arts Council?

I am now the Marketing & Outreach Specialist as well as the Gallery Director for both the City Gallery and Augusta & Co’s Gallery. I find artists and create exhibitions of their works in our spaces. Then organize and promote events centralized around their showcase. It’s a lot of networking, social media management, etc. So far it’s been very fulfilling. I just helped with the Wet Paint Party and Art Sale and it’s wrap up. I’m really looking forward to more shows and events.