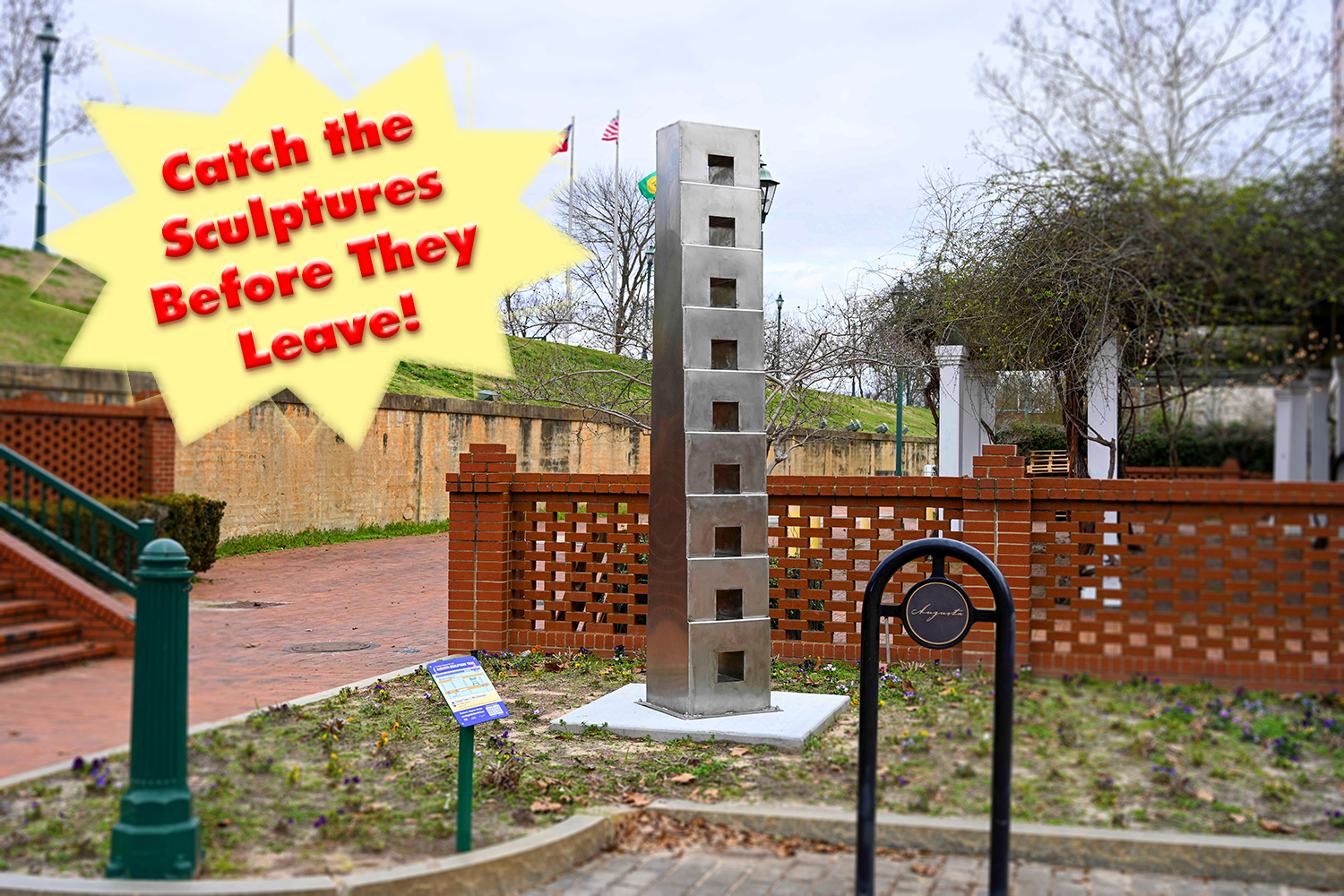 Posted at 16:17h in News by Rhian Swain
Share

The current sculptures showcased in downtown’s Augusta Sculpture Trail will be leaving us during the second week of December.  The sculptures were a wonderful addition to Augusta’s creative landscape, especially during Covid, when so much of the Arts came to a standstill, and creating an inviting, new, outdoor attraction in downtown supported our local businesses. Along with our many new murals, they quickly became a favorite destination for out-of-town visitors. Come visit them one last time before they depart!  The good news is that four of the pieces will remain as part of Augusta’s permanent public art collection.

Maestro and Forever Young, a favorite of theater goers, by Larry Schueckler and Unstoppable, the eye-catching acrobat on Broad Street, by Gus and Lina Ocamposilva were purchased by private donors. Popsicles, a favorite with kids, by Craig Berube Gray was purchased through a grant from Destination Augusta. All three private purchases were donated to the City of Augusta so they can remain a permanent part of the Augusta Sculpture Trail. The final purchase, which was made by the City as part of its original allocation to create the trail, is D’jean Jawrunner’s Sun Lion, another favorite with children.

In anticipation of the TIA reconstruction of Broad Street, all of the City’s sculptures will be located along an updated Augusta Sculpture Trail. The new Trail connects the Augusta Common with the 8th Street Plaza, runs along the Riverwalk on both the upper and lower levels, and ends on the new 5th Street Pedestrian Bridge.

The Greater Augusta Arts Council would like to congratulate Larry Millard, whose sculpture Stepped Tower won the People’s Choice Award and a $1,500 prize for the artist.

You can learn more about all of the sculptures from the artists themselves through the Otocast audio tour app. Links to the App and additional information on the artists are on www.AugustaSculptureTrail.com.

A new round of sculptures will be installed for the City of Augusta’s second cycle of the Augusta Sculpture Trail during the week of January 9-13, 2023. The Augusta Sculpture Trail is part of a larger Public Art Master Plan for the City of Augusta. It is intended to create a walkable and promotable art trail to attract local and regional visitors to the Downtown Augusta area, supporting Augusta’s economic and cultural prosperity.